Our Founder Our Principal Contact Us ERP Student Login

Bhavan’s has produced many illustrious and distinguished alumni, whose contributions at national and international levels have been significant. They have excelled and acquired positions of eminence in every field.  Renowned scientists, successful entrepreneurs, artists, social activists and managers and leaders of society, our alumni have made us proud time and again. Significantly, they have also acted as instruments of change wherever they have been and apart from sincerity, hard work, brilliance and imbibing Bhavan’s values they have demonstrated social responsibility and a responsibility towards their nation and their alma mater.  Bhavanites are actively engaged with the institute and with the students, motivating them to perform and excel at whatever they do.

We will be featuring a series of Bhavanites. 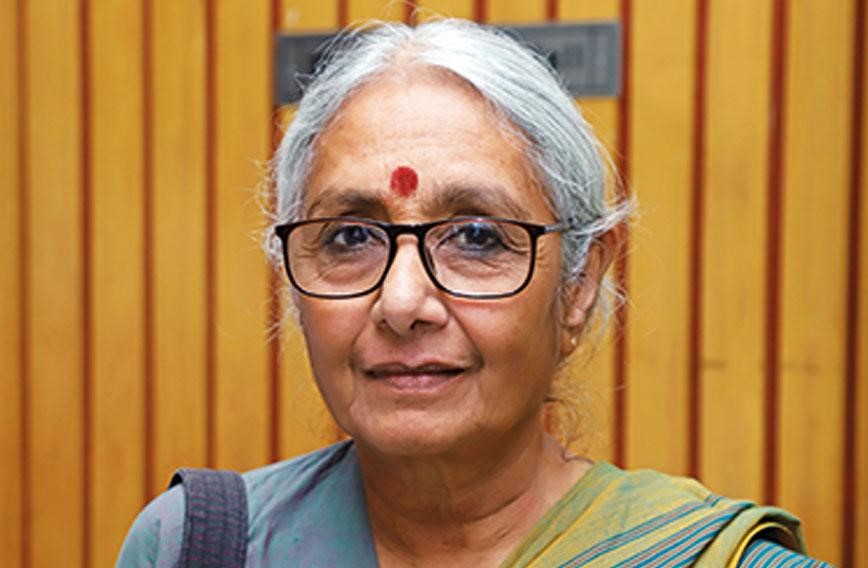 An alumnus of the 1962 batch of Bhavan’s Mehta Vidyalaya, Ms. Aruna Roy is an Indian political and social activist who founded the Mazdoor Kisan Shakti Sangathan (MKSS) ("Workers and Peasants Strength Union") . Roy is known for her clear and vocal stand on the question of right to dissent and known for her work for the vulnerable sections of society, she was also a member of the National Advisory Council. She is the president of National Federation of Indian Women.

While with the Mazdoor Kisan Shakti Sangathan, Aruna Roy was awarded the Times Fellowship Award for 1991 for her work for rural workers’ rights to social justice and creative development. In 2000, she received the Ramon Magsaysay Award for Community Leadership. In 2010 she received the Lal Bahadur Shastri National Award for Excellence in Public Administration, Academia and Management. In 2011, she was named as one of the hundred most influential people in the world by Time magazine. In September 2017 the Times of India listed Roy as one of the 11 Human Rights Activists whose life mission is to provide others with a dignified life. 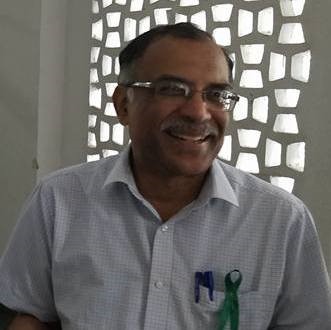 A teacher of Pediatrics and Neonatology for over 3 decades and has been involved in development of medical education technologies. Has been actively engaged in research for over 3 decades and his research has changed many global practices in care of newborn babies. Has over 90 research publications in international journals, authored over 30 chapters and edited 3 books.

Has been actively involved in the development, implementation and monitoring of public health systems for neonatal and child care in India. He is the Chair or member of several Technical and Advisory committees of the Indian Council of Medical Research, Deptt. Of Health Research, Department of Biotechnology, UGC and Government of India on Research, innovations and Health systems implementation. 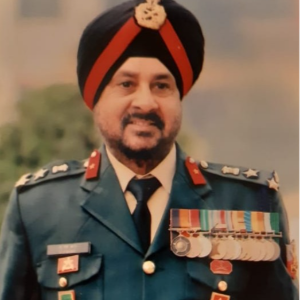 Brig Umesh Singh Bawa, an alumnus of the 1974 batch of Bhavan’s, VrC, SM was commissioned in 17th battalion the Jat regiment in Jun 1978. He is an alumnus of National Defence Academy and Defence Services Staff College. He commanded 17 Jat during the Kargil war and was awarded Vir Chakra during the operations. His unit was tasked to capture Pimple Complex, part of point 4875 in Mashkoh valley. He has served in various staff and command appointments in the Army. He has been an instructor in Infantry School, Counter Insurgency and Jungle Warfare School and Indian Military Academy. He retired from service on 31 Dec 2013. He is a Ph.D. in Public Administration. He has also authored a book, "Mashkoh: Kargil as I Saw it" in Nov 2020, where he shares his first- hand experience of war in the battle zone. The book captures the tales of bravery, humour, emotions, tragic loses and hard-won victories. 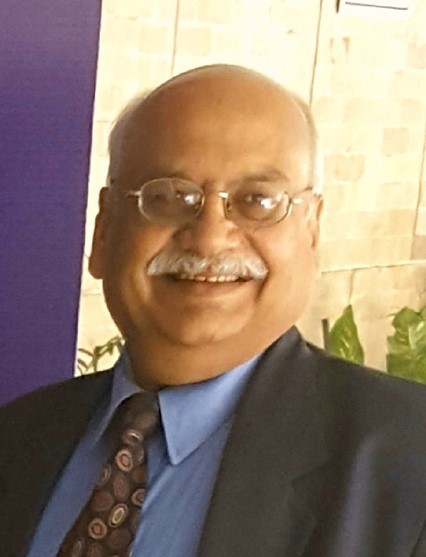 Dr. Ashvini Goel, an alumnus of Bhavan of the 1976 batch is the Founder Member & President of the Telemedicine Society of India (TSI) and the Chairman & Coordinator TSI Education and Training Management Committee.

He is also the Advisor and Domain Expert, Capacity Building Program for Stakeholders of Healthcare Industry in Developing Nations; Ministry of External Affairs & Services Export Promotion Council, Ministry of Commerce and Industries.

He is a Member of the National Task Force for Swasth Bharat and Chairman and Convenor Sub-committee on Telemedicine Standards; Health Informatics Sectional Committee MHD17, Bureau of Indian Standards (BIS), Min of Consumer Affairs, Govt of India. 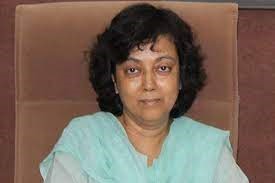 Anita Karwal, an alumnus of Bhavan’s of the 1979 batch was the former CBSE Chairperson. She has been appointed as the Secretary, Department of School Education and Literacy, Ministry of Human Resource Development.

She is a 1988-batch IAS officer of Gujarat cadre.

Prior to joining CBSE, Ms Karwal was posted as Additional Secretary in MHRD.

As CBSE's Chairperson, Ms Karwal had undertaken a number of initiatives for the academic and holistic development of students, one among which was inclusion of mandatory health & physical education programme for the students of class 9 to 12 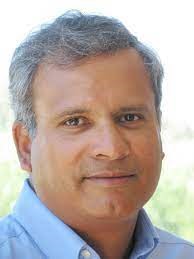 Kanna Rajan a distinguished alumnus of 1980 batch has a strong research background at the intersection of Artificial Intelligence and Robotics, participated in two NASA flight projects where his software made a critical impact to operations and demonstration of AI techniques in the field.

More recently he has been working in Marine Robotics to impact how advanced onboard decision-making methods can result in novel observational methods for underwater, aerial and space-based robotic platforms.

Till early 2020 he was the  CTO of a stealth startup in Silicon Valley exploring the use of AI-based Machine Learning and decision-making techniques in commercial network infrastructure. He is now a scientific advisor to this startup. 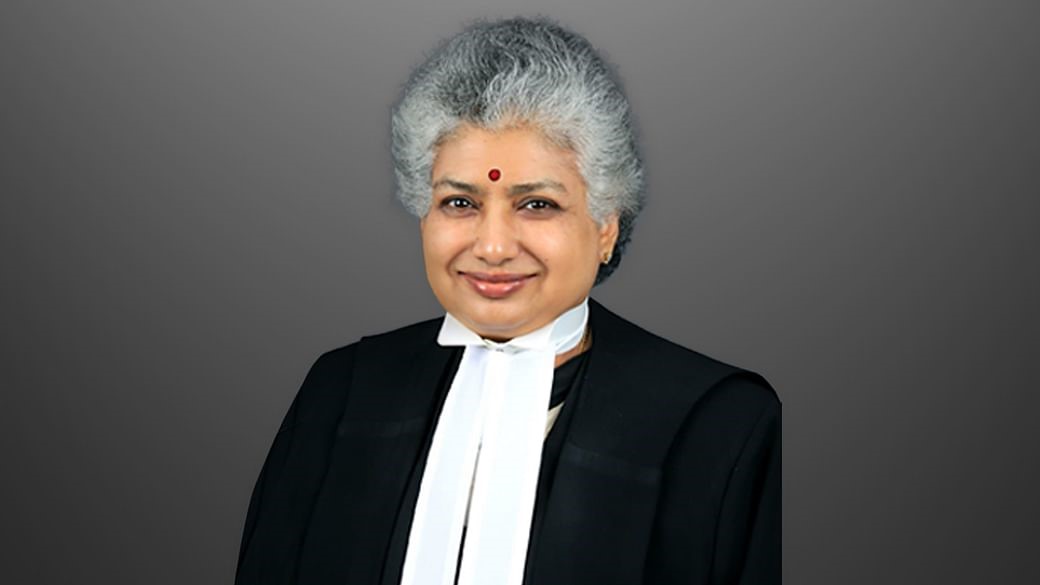 B.V. Nagarathna of the 1981 batch of Bhavan’s is a Judge of Supreme Court of India. She served as a judge of the Karnataka High Court from 2008 to 2021. She is the daughter of former Chief Justice of India, E. S. Venkataramiah.

She gained public attention in 2009 after being forcibly detained within the Karnataka High Court premises by a group of protesting lawyers. She has delivered a number of significant judgments relating to commercial and constitutional law in Karnataka. 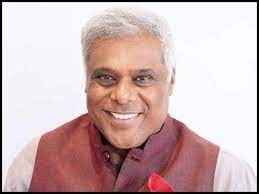 Ashish Vidyarthi of the 1983 batch is an Indian actor who predominantly works in Hindi, Telugu, Tamil, Kannada, Malayalam, and Bengali language films. He is noted for his antagonist and character roles. In 1995, he received the National Film Award for Best Supporting Actor for Drohkaal.

Vidhyarthi has worked in 11 languages in over 300 films. He is the co-founder & curator of AVID MINER Conversations, which are interactive modules customized for organizations.[

Brought up in Delhi in an atmosphere of dance and music under her father's tutelage, Madhumita Raut received her academic qualifications at the Bharatiya Vidya Bhavan's School and Indraprastha College in Delhi.

Madhumita Raut is her father's torch bearer of Mayadhar Raut Gharana of Odissi dance. Her works include compositions on Hungarian poetry, choreographic compositions on poems of Goethe, and fusion dances with Balinese dancer Dia Tantri in the Netherlands. She has effectively used the medium of dance for social causes.

Netherlands Channel I has made a documentary film on her. Stuttgart (Germany) and the Hungarian televisions have showcased Raut's dance in their documentary films on India. Raut has also done a lead role in a film produced by the Dutch television. 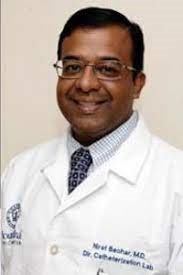 He has been instrumental in initiating and bringing to fruition important translational and clinical research initiatives. He has been named among the “Castle Connolly Best Doctors in America” continuously from 2015 through 2021.

He is faculty at the Transcatheter Therapeutics and the Cardiovascular Research Foundation. Teaching fellows has been one of his abiding passions and in appreciation for which he has been awarded the “Attending of the Year” repeatedly by the cardiology fellows. Above all, he has a keen passion to support and showcase the outstanding contribution that Indian Graduates have made in the medical field. 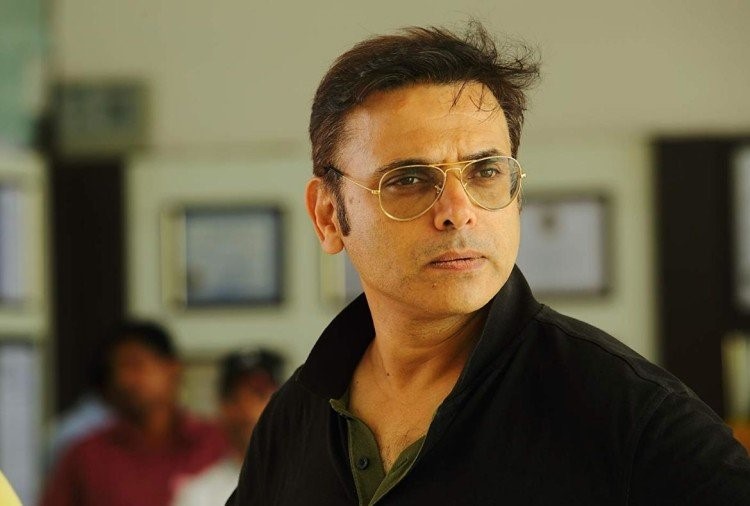 Harsh Chhaya, an alumnus of the 1984 batch is an Indian television and Bollywood film actor. He debuted in a minor role as "Jijo" in the early 1990s Zee TV series Tara, but first came into prominence in the role of Krishnakant Trivedi (KT) in mid 1990s TV series Hasratein. Chhaya somewhat developed the on-screen image of a wealthy boss and played the similar character in the 2007 Bollywood film Laaga Chunari Mein Daag.

His first appearance was in the serial Aarohan (by Pallavi Joshi) in 1993 as Lt.Sharma, and then his major breakthrough was the role of Karan in Swabhimaan, directed by Mahesh Bhatt in 1995. In 2002, Harsh acted in the serial Justajoo, directed by Ajay Sinha. Justajoo was a serial on Zee TV in 2002. In 2006, he was seen as the CEO Naveen Shroff in Madhur Bhandarkar's Corporate. In 2007, he played a businessman named Kapoor in Sagar Ballary's Bheja Fry. His performance as Vinay Khosla, a gay dress designer, was notable in Madhur Bhandarkar's 2008 critically acclaimed Fashion. Harsh Chhaya also played the role of Sanjay Gandhi in Shekhar Kapur's Pradhanmantri on ABP News. 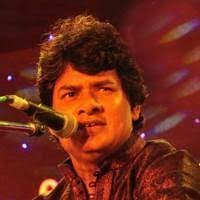 Sudeep Banerjee of the 1984 batch brings to the stage a thorough understanding of Urdu and its literary idioms. It makes him one of the very few ghazal singers well versed in Urdu language and literature and puts him within access to a repository of enchanting modern Indian and Pakistani poetry and above all, the fascinating unexplored collection of centuries old classical Urdu poetry. Poetry, which flowers into unforgettable, remarkably easy to grasp, renditions on the lips of Sudeep. He has a repertoire of ghazals ranging from Ghalib to Meer and many more.

Sudeep took to music at an early age, but it was his training in Dadra-Thumri Gayaki and the finer nuances of the ghazal under Shanti Hiranand - the foremost disciple of the legendary Begum Akhtar - that cemented his passionate relationship with the Ghazal

Sudeep Banerji is one of the most well- known and popular singer and composer in the world of Ghazals. Sudeep is today the only artist who has had the honour of working and sharing the stage with nearly all the legends of music industry from Lata Mangeshkar, Jagjit Singh, Asha Bhosley, Mehdi Hassan, Ghulam Ali, Farida Khanum, Hari Haran, Ustad Radhid Khan, Pankaj Udhas , Anup Jalota ,Bhupider Singh and many more.

He has composed and sung in more than 10 ghazal albums…Two of his albums, “Ae dost teri dosti” and “Irshaad” had been nominated as the best ghazal album in GIMA AWARDS.

Sudeep's latest album is GHALIBAN where he has collaborated with Vishal Bhardwaj and Amrita Chatterjee. 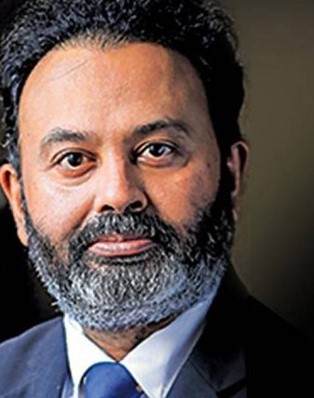 Madhav Nair, an alumnus of the 1988 batch is presently the Country Head and Chief Executive Officer of Mashreq Corporate and Investment Banking Group. He has been elected as the secretary of the Indian Banks Association (IBA). 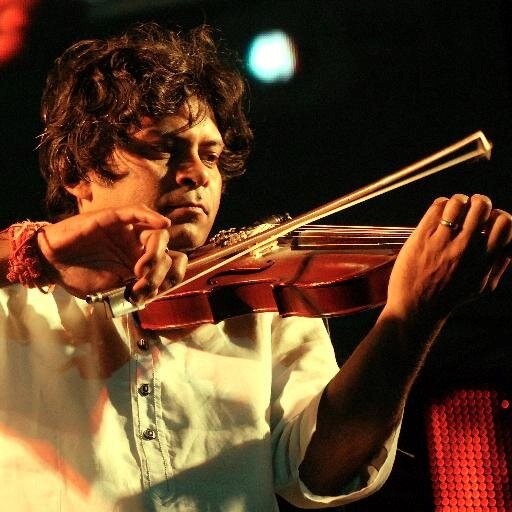 Sharat Chandra of 1990 batch is a North Indian classical violinist and music composer. He represents the Senia gharana. He has been performing Hindustani classical music for over 25 years. He was part of India's premier rock band Parikrama for 12 years. He left Parikrama in 1999 and started the Delhi based fusion band called Mrigya. He is also a member of the world music quartet India Alba.

He is a recipient of the National Scholarship from the Ministry of Human Resources and Development, Government of India.

In 1998, he performed with Sting in an all- acoustic set at the Channel V awards held at New Delhi. He has also performed with Ustad Amjad Ali Khan, Pt. Hari Prasad Chaurasia, Pt. Birju Maharaj and many other stalwarts. 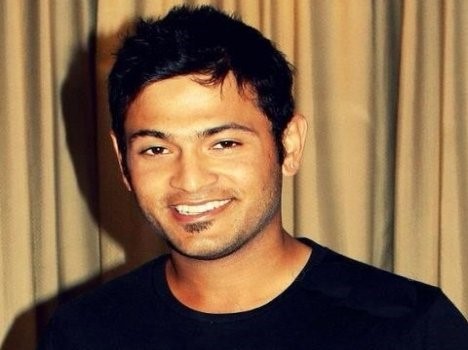 Robin Bist of 2003 batch is an Indian cricketer who plays for Rajasthan in domestic cricket. He is a right-hand batsman and an off-break bowler. He was part of Delhi Daredevils squad in the Indian Premier League.

Bist was the leading run-scorer of Ranji Trophy 2011–12, where he scored 1034 runs from 16 innings at a whopping average of 86.16 including four centuries. His performances helped him get an IPL contract with the Delhi Daredevils. 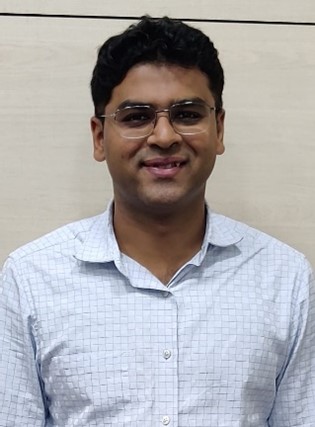 Himanshu Gupta an alumnus of the 2004 batch is a Mechanical Engineer from IIT Delhi. He was selected as an IPS officer in 2011 and an IAS officer (AGMUT cadre) in 2012. He started his career as SDM, Najafgarh and later on joined as Deputy Commissioner in Long Dirang, Arunachal Pradesh. In 2021 he was appointed Director of Education, GNCT of Delhi, MD(DSFDC), Project Director(CATS), OSD(Health and family Welfare).